If you called Lon Humphrey a knifemaker, we’d forgive you. He probably would, too.

But the truth is, Lon’s a bladesmith. He crafts his blades the old-fashioned way — hands, heat, hammer and anvil. It’s appropriate, then, that one of the knives that’s helped build Lon’s growing reputation is associated with iconic woodsman Horace Kephart.

In an early edition of Camping and Woodcraft, here’s the way Kephart himself described how the “knife of my own design” came to be:

“It was made by a country blacksmith, and is one of the homeliest things I ever saw; but it has outlived in my affections the score of other knives that I have used in competition with it, and has done more work than all of them put together.”

Lon Humphrey makes great knives by knowing what makes a great knife. And his Custom Kephart, featured in today’s wallpaper image, is as close as you can get these days to the blade carried by Horace Kephart — simple, strong and forged by hand.

To our eyes, it’s as beautiful as any we’ve ever seen. 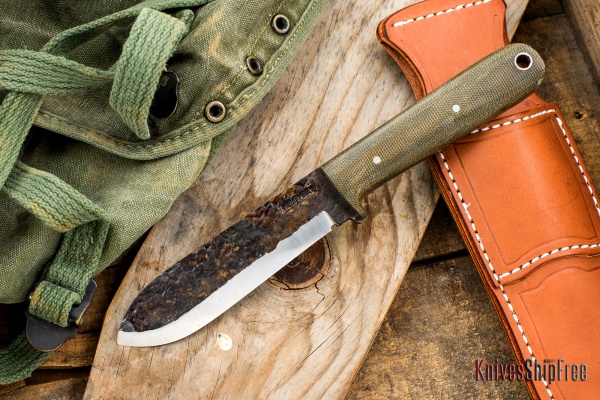